Hello my dear friends. Today we will talk about Chef and usage Chef Solo like a Pro. All example code you can find here: github.com/le0pard/chef-solo-example/tree/1.0

Chef is an open-source systems integration framework built specifically for automating the cloud.

Why you should use Chef? 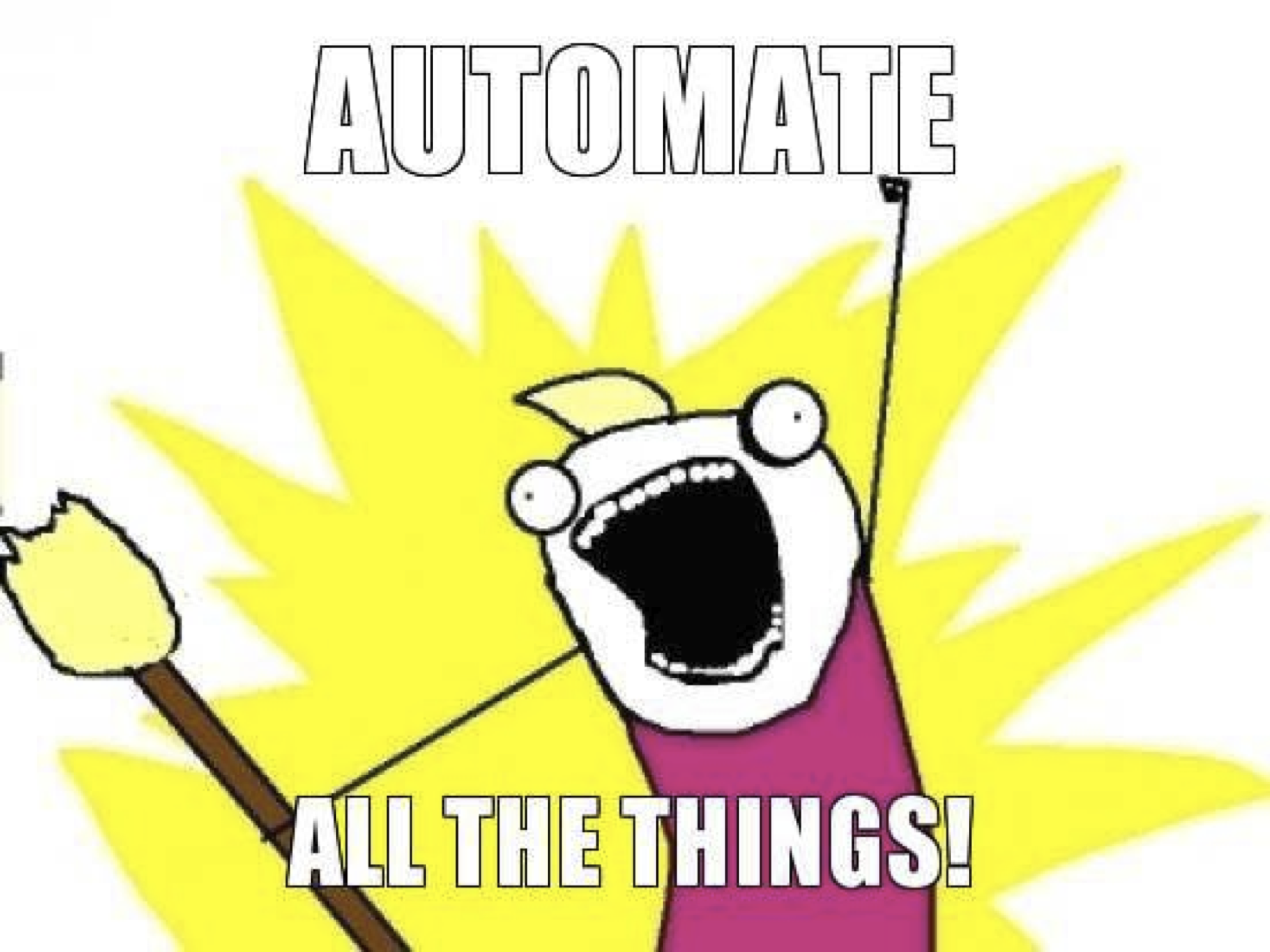 And of course main point is Automate All The Things!!!

What doesn’t Chef do?

Exists two types of Chef: Chef Solo and Chef Server. Chef Solo is simple way to begin working with Chef what is why I will show how to use it in articles.

This is list of terminology, which I will use in my articles:

Let’s create our folder, which will contain all our Chef kitchen:

Next I will use bundler to get some useful gems:

Next you need to create a kitchen by knife:

Command “init” (“kitchen”) is used to create a new directory structure that fits with chef’s standard structure and can be used to build and store recipes.

Let’s look at the directory structure:

And add to Cheffile nginx cookbook. More cookbooks you can find at community.opscode.com.

Now in folder “cookbooks” you should find nginx cookbook and all it dependens:

Next, create a node file. Chef node file always have name as server host. For create this file automatically and check, what Chef Solo installed on server you can use knife command “prepare”. This command installs Ruby, RubyGems and Chef on a given host. It’s structured to auto-detect the target OS and change the installation process accordingly:

“run_list” the main part of node, where you specify roles and/or recipes to add to the node. In our case I add recipe source from nginx cookbook. Also you can see nginx attributes (like version, modules, etc.). All cookbook can have directory “attributes” and this directory contain default attributes for cookbook recipes. But you can redefine this attributes in node file. We are ready to test our kitchen!

For testing Chef Solo kitchen by vagrant we need download vagrant box. List of boxes you can find www.vagrantbox.es.

Next we should edit Vagrantfile for define chef solo:

As you can see “run_list” and json attributes from node “vagrant.json” automatically loaded from file. More information about using Chef Solo with Vagrant you can find by this link.

Next, we can try test Chef Solo with Vagrant:

Next, we can check what nginx successfully installed on vagrant image:

And you should see in your browser:

After change something in your kitchen, you should run command “vagrant provision”:

And Chef Solo will be running again on vagrant server.

The main idea of Chef is idempotence: it can safely be run multiple times. Once you develop your configuration, your machines will apply the configuration and Chef will only make any changes to the system if the system state does not match the configured state. For example, first time chef will compile nginx from source and install it on server. On next run it just check, what nginx already compiled and running (if you will not change attributes).

After fully testing the kitchen you can apply your node configuration on real server. You should rename “vagrant.json” on your server host and run commands:

Your server must have installed Chef client. If no, just before command “cook” run command “prepare”.

In the current article we have learn usage Chef Solo and test our first kitchen. In the next article we will look at the cookbook structure and will write own cookbook.

All example code you can find here: github.com/le0pard/chef-solo-example/tree/1.0.