Hello my dear friends. In this article I will talk about NoSQL databases.

Edgar Codd is the author of the ‘relational’ concept. 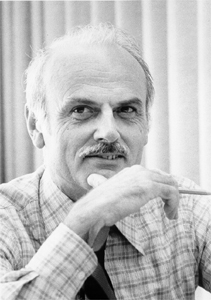 The architecture of relational models started its history in the 1970s. The main task of the database then was to support the launched in 1960 a massive shift from paper records to computer-economic activities. A huge amount of information from paper documents tolerated in the database accounting systems that was a securety store of all incoming information and, if necessary, way for quick finding of information. These requirements led to the architectural features of a RDBMS that remained virtually unchanged until now: the row-data storage, indexing, records and logging operations.

NoSQL (not only SQL) - a number of approaches and projects aimed for the implementation of database models, with significant differences from those that used in traditional relational database management system with access to the data with the help of SQL. Description schema in the case of NoSQL can be carried out through the use of different data structures: hash tables, arrays, trees, etc.

For the first time the term “NoSQL” was used in the late 90’s. The real meaning of the form used now got only in the middle 2009. Originally, it was a title of the open-source database created by Carlo Strozzi, which stores all data as ASCII files and used shell scripts instead of SQL to access data. This database did not have anything in common with the “NoSQL” in it’s current form. 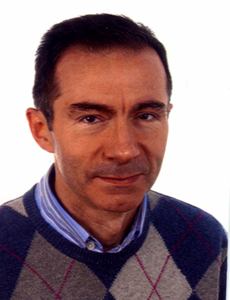 Johan Oskarsson organized a meeting to discuss new technologies in the IT market, storage and processing of data in June 2009 in San Francisco. The main stimulus for the meeting was the new products such as BigTable and Dynamo. For a meeting it was necessary to find a brief term for using as a Twitter hashtag. “NoSQL” term was suggested by Eric Evans from RackSpace. The term was planned to use only for this meeting and did not have a deep meaning. But it turned out that it spread worldwide network such as viral advertising and became the de facto name of a trend in the IT.

The term “NoSQL” has absolutely natural origin and has no universally accepted definition or scientific institution behind. This title is rather characterized by the vector of development of IT away from relational databases. Pramod J. Sadalage and Martin Fowler tried to group and organize knowledge about the NoSQL world in the book “NoSQL Distilled”.

Now there are about 150 kinds of NoSQL databases (nosql-database.org). Let’s consider the main development directions of NoSQL.

A column-oriented DBMS is a database management system that stores data tables as sections of columns of data rather than as rows of data. Physically tables are a collection of columns, each of them is essentially a table with a single field. These databases are generally used for analytic systems, business intelligence and analytical data storages.

This database allows you to store key/value pairs in a persistent store, and subsequently read these values using the keys. What is the benefit of such an extremely limited at first glance solutions? During saving/reading values by key, the system works extremely efficient because of the lacks of the heavy layers of SQL handlers, indexing systems, profiling system evacuation (for PostgreSQL), etc. Such solution provides the most efficient performance, lowest cost of implementation and scaling.

Are programs designed to store, search, and manage document-oriented information (semi-structured data). The central concept is a document. Implementation of the specific document-oriented database is different, but in general, they suggest the encapsulation and encryption of the data (documents) in several standard formats: XML, YAML, JSON, BSON, PDF, etc.

A graph database is a database that uses graph structures with nodes, edges, and properties to represent and store data. By definition, a graph database is an any storage system that provides index-free adjacency. This means that every element contains a direct pointer to its adjacent element and index lookups are not necessary.

There are two different groups of products that can be considered as multi-model:

For example: ArangoDB - promises the benefits of key-value storage as well as a document-oriented and graph inside.

Database in which the data are modeled as objects, their attributes, methods, and classes. Object-oriented databases are usually recommended for those applications that require high-performance data processing, which have a complex structure.

Database optimization for online analytical processing. Can receive data from a variety of relational databases and a certain way for structuring the information into categories and sections that may be available in certain ways the coordinates.

Variety of multi-dimensional database. Main feature is the support of using the attributes that can store a list of values.

NoSQL movement is gaining popularity with enormous speed. However, this does not mean that relational databases are becoming rudiment or something archaic. Most likely they will be used, and will be used still active, but more in a symbiotic relationship with them will be performing NoSQL database. We live an era of polyglot persistence, an era of using the different needs of different data warehouse. Now there is no monopoly of relational databases, as there is no alternative source of data. Increasingly, architects are selected based on the nature of the storage of the data itself and how we want them to manipulate what volumes of data expected.